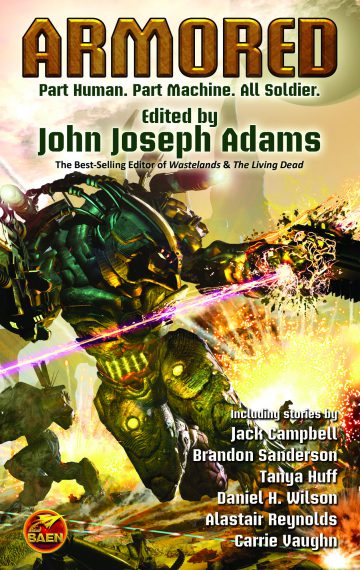 
He sighed. “You know I’m starting this new foundation. Don’t you wonder why?”
“Because you care about civil liberties?”
“But why?”
She said nothing.
“It’s because in the future, where I come from, there are no civil liberties. None.”
“Oh,” she said.
“I had never been disloyal,” he said softly. “You can’t be, where I come from. Our thoughts are monitored. I’d been identified early as a promising scientist, and had risen through the ranks to head of my research division. We’d developed a high-energy device that possessed some unusual properties — like, it could project a man-sized object into the past, creating a branching timeline. Theoretically, at least. Completely useless, as far as our leaders were concerned, but interesting. Then one day the thought popped into my head: I could escape.”
He stopped and stared out over the water. “Once I’d had the thought, I knew it was only a matter of time before I’d be picked up for ‘neural re-education.’ So I had to act fast. The problem was, even if I succeeded in traveling into the past, my voyage would create a temporal wake large enough for them to send someone after me.”
He met her eyes. “I don’t mean to scare you, Mira, but where I come from there are … secret police. Unlike anything you can imagine. Cyborgs. Shapeshifters. I’d have no chance against one of them. Unless…” He showed the hint of a smile. “In the same lab was something else we’d been working on. This armor.” He raised his gauntleted hands. “Wearing this, I’d be impervious to anything. So I could escape, but at a cost — I must never take off the armor, not for an instant. Because if I did, the agent sent to punish me would surely strike.”
She glanced around at the trees, the shadows. She shivered
“And that’s the story,” he said. “So, do you still want to grab dinner sometime? I’ll understand if you say no.”
“I … I’ll have to think about it,” she said. “This is a lot to take in.”
“I know,” he said.
After a moment, he added, “I should probably be getting back.”
“All right.”
As they retraced their route, she thought: He never takes off the armor. Never. Not for an instant, he said.
That was going to make it very hard, she thought, to kill him.


Mira was sent from the future to kill Blair, but he’s protected by an invincible suit of power armor. Now, as their relationship develops, Blair must ask himself: How much is he willing to risk for love? 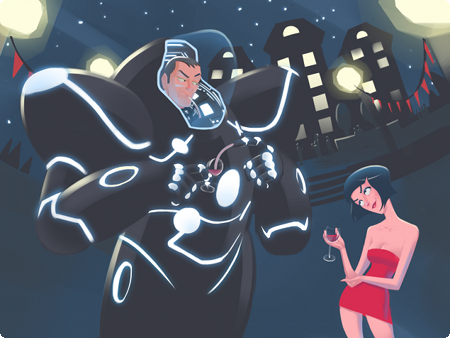 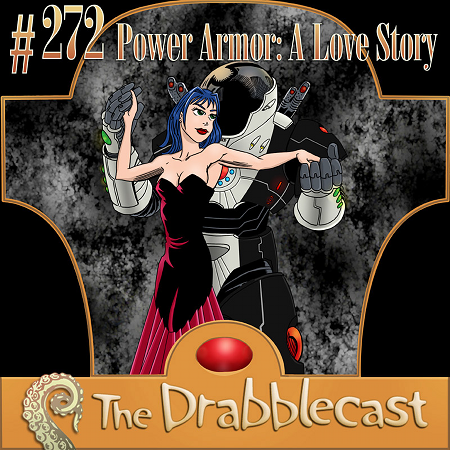 “Power Armor: A Love Story” appears as Episode 272 of the Drabblecast podcast, performed by Norm Sherman. Art by Mike Dominic.


Armored is the first-ever original anthology devoted to stories of power armor suits and giant humanoid mechs. Here’s the table of contents: