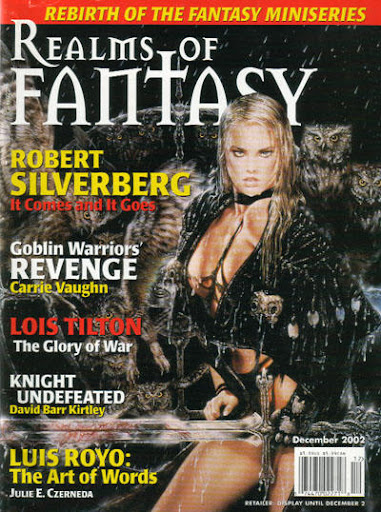 
“You could take me away, then,” she said, excited. “You could protect me.” She shivered. “I hate it here. They’re terrible to me here, they never let me leave. I’d do anything to get away. I’d leave tonight, if you’d let me.”
“Where would you go?”
“With you,” she said. “Back to your hall, to meet your lady mother. We’d marry and I’d stay with you forever.”
Away in the night, Galan thought, the two of them–because he couldn’t involve his company in this. But the two of them could ride fast, be back on his own lands within in a few weeks, and married. “Your brothers might come after us.”
He wondered how fast they could follow, and how well they could fight, and how badly they would want her back. She was their sister, after all, and there were seven of them. Seven against one.
She said, “Are you afraid of them?”
He stared at her, at her flushed cheeks and desperate eyes. She needed to be rescued from all this, he knew. And what was it for, the hard hours with the sword and lance, the daydreams, the sad longings, if not for this?
“No,” he told her. “I’m not afraid.”

Galan had always dreamed of rescuing a lady. He was prepared to fight, to kill and die. But then things started to go wrong, in ways he could have never imagined. This story is (very) loosely based on the early modern ballad The Douglas Tragedy. 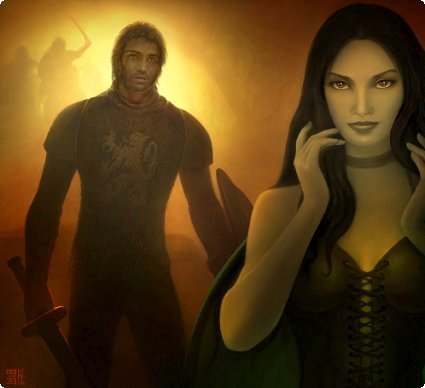 Illustration by
Kyle Anderson and Myunghee Lee
for Realms of Fantasy. Used with permission.

“Kirtley slyly avoids the expected [resolution], and skewers
reader expectations…the final line is bittersweet and quite elegantly executed.
Kudos to David Barr Kirtley for this fine piece of multiple character dissection,
and for avoiding the obvious.”
– Dave Truesdale, Tangent Online