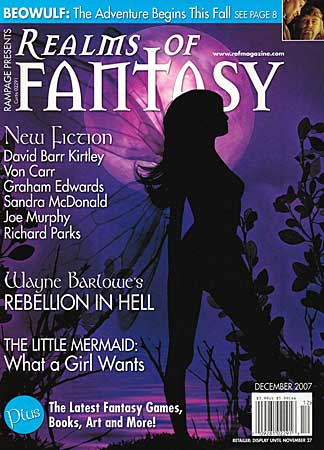 
“You mean, you can change into like, a robot?”
“Yes.”
Alex bounces with excitement. “Show me!”
“I thought you wanted to go to the mall?”
“Screw the mall!”
The light turns green. Carrus pulls a U-turn. “All right, but we’ll have to find someplace more isolated.”
They head out of town and into the woods, then wander the dirt backroads. Finally Carrus finds a long gravel drive that dead-ends beside a grassy field ringed with evergreens. He says, “Okay, get out. And back up. You don’t want to be too close.”
Alex exits and dashes to just inside the treeline. Carrus runs a scan of the area to make sure no one else is lurking about. Then:
His passenger compartment folds in on itself as roof joins with seats. His chassis splits behind the doors and arches up. His rear half extends and divides into two legs that raise his front half aloft. His hood folds down to become a chest. Black arms unfold from beneath red doors that now hang off his shoulders like armor plates. His head rides up from deep within his bowels to rest atop his shoulders.
He towers over Alex, who races from the embrace of the trees to shout an ecstatic, “Holy shit!”

Carrus is a robot who can turn into a car. He befriends a boy named Alex. But nothing ever stays the same. The world is a place of constant transformations. 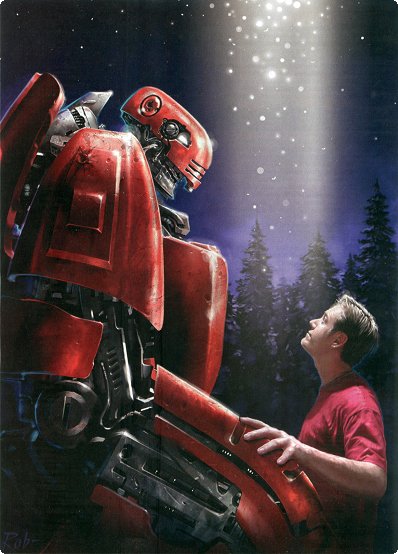 Illustration by Rob Johnson for Realms
of Fantasy magazine. Used with permission.