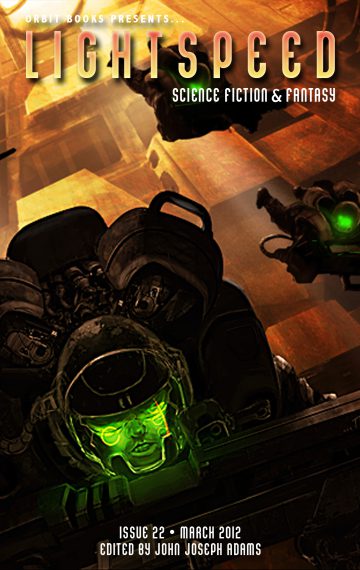 
“Yeah, I mean, things used to be a lot better there, before the whole, you know…” He gestured at his appearance.
“Oh,” Nicole said. “So it’s…”
“A spell.” The beast nodded wearily. “Yeah. I actually used to be pretty handsome, if you can believe that.”
“So what happened?”
He lowered his voice. “I was cursed by an evil sorceress.” He held up his huge paws. “She turned me into this.”
Nicole gasped. “That’s horrible.”
The beast sighed. “Oh, it’s not so bad. I have some magic talking furniture that keeps me company. It’s enough, most of the time…” He closed his eyes and shook his head. “Look, I’m sorry, I don’t mean to … maybe I should go.” He started to get up.
“Wait,” Nicole said. “No. It’s all right, really.” She added, “I’ve never met anyone before who owned any magic talking furniture.”
He glanced at her hopefully, then sat back down again.
They chatted for a long time, then she walked with him back to his apartment, and he invited her up for a drink. The apartment was small, and kind of a mess.
“I should straighten up a bit,” said the beast.
“No, it’s fine,” Nicole assured him. She glanced through a doorway into the kitchen. “Where’s the magic furniture?”
He lumbered into the living room and turned on his tiny television. “That’s it.”
She stared. “That’s just a television.”
“It talks,” the beast said weakly.
“But … that’s not magic at all.”
He settled down on the couch and hung his head in his paws. “I know,” he moaned, “I haven’t got any magic furniture. I haven’t got anything.”
“Hey,” Nicole said softly. “Don’t worry. It’ll be all right.”

A beautiful woman starts dating an ugly monster, and learns that her love can make him handsome again. Then things get complicated. 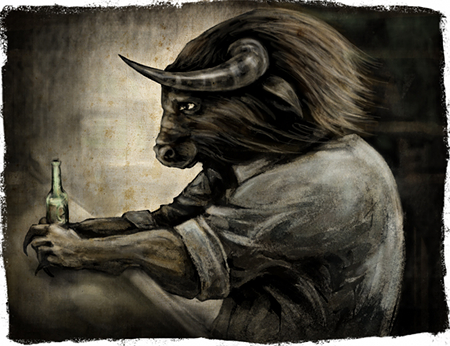