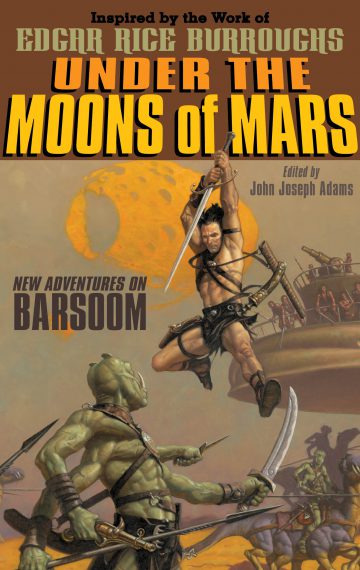 
Ghar Han scowled and walked on past. He sought out the tent of Xan Malus, jeddak of the Warhoon, and was shown into the presence of the great lord, a cold, imperious man who clutched a spiked scepter and sat upon a jeweled throne.
“Kaor, Ghar Han,” said Xan Malus. “It pleases us to see that you are up and useful to us once more.”
“Kaor, Excellency,” said Ghar Han, crossing his two arms and bowing his head. “Thank you.”
“Now tell us,” said the jeddak, “why have you come?”
“Excellency,” said Ghar Han, “if it please you, I should like to pursue the Earthman John Carter, and challenge him once again to–”
“No, no,” said Xan Malus impatiently. “It does not please us. John Carter’s death is nothing to me, and in any event you would not succeed. I relinquish no asset, however small. I will not sacrifice one of my warriors, even a cripple, to no end.”
“Excellency, I–”
“I know, I know,” said the jeddak, with a wave. “You would prefer an honorable death to your present humiliation. But what care I for your honor, Ghar Han? I am jeddak, and you are mine, and so long as I breathe you shall be deployed to my ends, not yours. Tomorrow we strike camp and journey to retrieve the eggs of our offspring, and I desire that every able warrior be on hand to guard them. You know our wishes. Go.”

Ghar Han is one of the greatest warriors among the four-armed Green Men of Mars. When he loses two of his arms in a duel with the earthman John Carter, Ghar Han vows revenge. 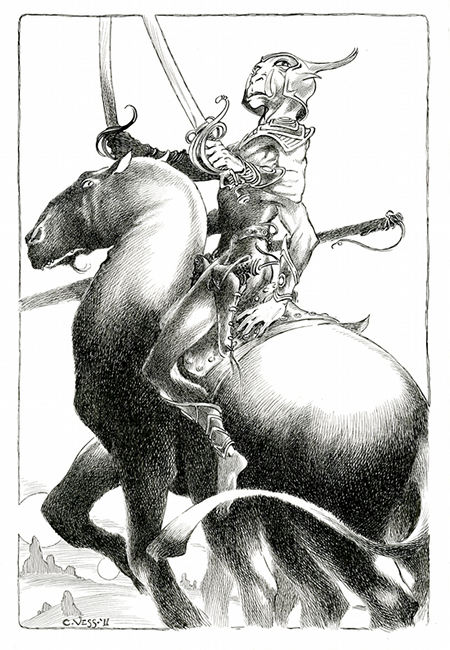 Under the Moons of Mars contains 14 stories set in the wildly colorful and imaginative Barsoom milieu first described by author Edgar Rice Burroughs in his 1912 novel A Princess of Mars. Here’s the table of contents:

“The Metal Men of Mars” by Joe R. Lansdale

* Illustrated by Charles Vess
“The Ape-Man of Mars” by Peter S. Beagle

* Illustrated by Jeremy Bastian
“A Tinker of Warhoon” by Tobias S. Buckell

* Illustrated by Chrissie Zullo
“Vengeance of Mars” by Robin Wasserman

* Illustrated by Tom Daly
“A Game of Mars” by Genevieve Valentine

* Illustrated by Molly Crabapple
“Sidekick of Mars” by Garth Nix

* Illustrated by Jeff Carlisle
“Coming of Age in Barsoom” by Catherynne M. Valente